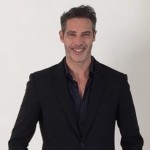 FAUCI: “We've had a sustained outbreak that has gone through March, April, May, June. We're now in July and we are still way up... So I wouldn't call what's going on right now in several of the southern states a second wave, because we have never gotten out of the first wave."